Explore blockchain career through this interactive session led by Blockchain veteran Peter Borovykh, as he takes you on a blockchain job and career journey. See the data, statistics and much more in this hands-on session about career opportunites in the blockchain space for 2020 and beyond Watch it now here!

BlockchainDriven would like to welcome our readers to the first edition of the BlockDriven Academy newsletter. It covers the latest blockchain news, blockchain roles, career guides in blockchain, and upcoming blockchain sessions.

We’re excited to roll out our BlockDriven Academy membership… now! BlockDriven Academy gives you access to the blockchain education and insight you need to land a career in this exciting, expanding space. For $19.95/month, we provide you with career guides, articles from blockchain experts, exclusive webinars with some of the most recognizable companies in blockchain, an expansive archive of content, a growing community filled with blockchain enthusiasts and veterans alike, and much, much more. Go to http://www.BlockDriven.com for more information.

Interested in exploring the blockchain space, and maybe starting a career in it? We have an amazing lineup of sessions for you this summer.

Here is a list of upcoming BlockDriven Academy events:

We’ve rounded up some of the most relevant blockchain happenings this week for you to stay up to date from home.

The project, No Justice No Peace along with founder of the DappHero project Dennison Bertram teamed together on the topic of social justice. They used blockchain technology to demonstrate social protest. 10 artists contributed to this piece to support Black Lives Matter and police reform, with pictures of 30 officers along with their alleged crimes and case statuses. The idea was to create a wallet with each person who had passed away, holding tokens with information to the corresponding officer’s information. The private keys are destroyed so no censoring, modification, or rights of being up can be taken away. Bertam says Blockchain itself is a political statement organizing outside of government control and decentralizing justice or human rights or ways humans live. Coindesk

On June 11, the Task Force on Financial Technology held an opening hearing regarding whether to introduce a U.S. digital dollar as a solution to distributing COVID-19 stimulus checks. With 8.5 million unbanked families in the U.S. and cryptocurrency trends on the rise, it is no surprise that a federal digital transfer of money is being brought into question. It is unclear whether the digital dollar would use blockchain technology or a more centralized database. Regardless, the conversation of digital currency being brought into the mainstream news is a significant development for the blockchain community, who have been advocating for the digitalization of currency and moving away from traditional banks. Forbes

In addition to decentralizing forms of currency, blockchain technology could lead to the reconstruction of how we use web browsers such as Google Chrome, Safari, or Firefox. On June 2, Google was sued for illegal invasion of privacy by collecting their users’ data, even when browsing in private or incognito mode. This lawsuit stands for millions of users since June 1, 2016 who have falsely assumed their data was private while browsing through Google. Because breaches of security from third-parties like Google are not a new issue, more users are beginning to push for decentralized web browsing to be in more control of their data and privacy settings. With the help of blockchain technology, users could feel more secure while browsing without having to go through centralized third-party companies. Blockchain News

With how the world is as of now an article that addressed both social issues and blockchain brought a practical use to a technology based industry. Looking at something that is just technology based seeing a new platform can help broaden future projects. Having this come out saying blockchain itself is protesting with no government control. If this story can pick up attention can allow for more people whether that be influencing new projects to help give protesting adding on to future social movements one day. Taking a completely new road in how to innovate other uses for blockchain.

The recent hearing of the adoption of a U.S. digital dollar has now introduced new implications for pre-existing cryptocurrencies on the market, most notably Bitcoin. During the economic turmoil due to COVID-19, Bitcoin has also felt its effects when it hit historic lows only after recording its best year since 2013. However, the U.S. digital dollar could potentially drive Bitcoin even further into the mainstream market, which would benefit the entire blockchain community. According to Kristin Smith, executive director of lobby group Blockchain Association, “[A digital dollar] would be a first step towards crypto technologies being widely adopted. Through dollar-backed stablecoins, people could [grow to] understand that they can have full access to their financial lives.” This discussion of a federal adoption of cryptocurrency could lead to huge surges in crypto and blockchain interest. With an earlier report by Bloomberg predicting Bitcoin’s price to reach $20,000 in 2020, these new developments may further support the bold claim. Consequently, this dramatic surge in interest is likely to spark a rise in crypto prices as well as potential job opportunities as wider adoption of blockchain technologies continues to become a greater reality. Forbes

The details of the Google lawsuit also have major implications for the blockchain industry. Repeated security breaches such as this one are pushing users further away from using centralized browsers that notoriously collect millions of users’ data and privacy information. With users beginning to take a firmer stance on digital ownership and data protection in recent years, the rise of decentralized web browsers are becoming increasingly apparent. For instance, Brave is one example of a browser on the blockchain that prioritizes user privacy and ad-blocking. With more than 8 million users worldwide, it stands as a hopeful alternative to current popular browsers such as Google that do not prioritize the same things. These breakout blockchain technologies bring decentralization into mainstream conversation and strengthen the community even further as more people worldwide begin to use services like Brave. 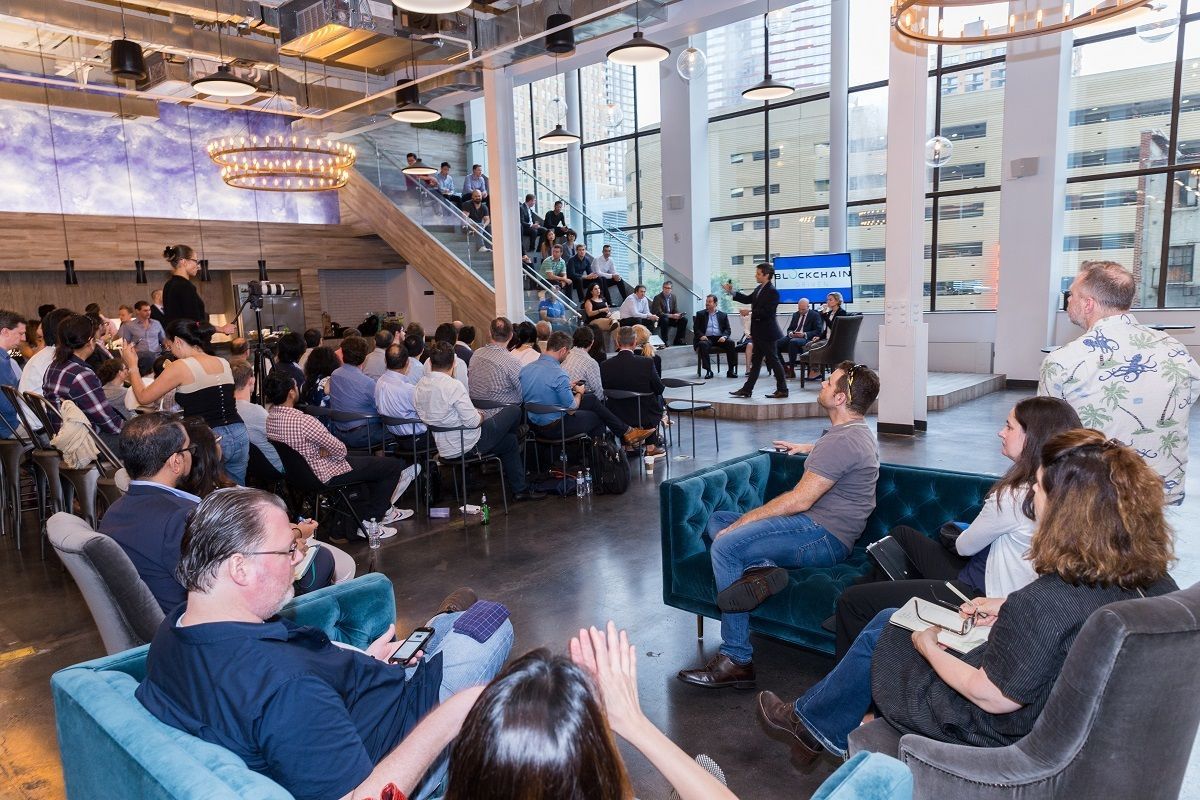 BlockDriven News:
With the summer fastly approaching, our BlockDriven Academy Analyst team has been writing guides on various careers in the blockchain industry including project managers, business developers, market analysts, and product managers. Get an in-depth look at what is happening in the space with current statistics, future predictions, and our thoughts on how to apply the career into the blockchain world.

Careers:
Based on the careers that will be covered in our guides, here are some of the top job postings we found this week in the blockchain space:

BlockDriven Academy will be publishing career guides discussing blockchain jobs such as Project Manager, Market Analyst, and Product Manager. These guides will provide you with the information you need to understand what these positions do, how to land these jobs, and if they are right for you. Join http://www.BlockDriven.com for these upcoming guides and much, much more.

Explore blockchain career through this interactive session led by Blockchain veteran Peter Borovykh, as he takes you on a blockchain job and career journey. See the data, statistics and much more in this hands-on session about career opportunites in the blockchain space for 2020 and beyond Watch it now here!

No subscriptions have been created yet.